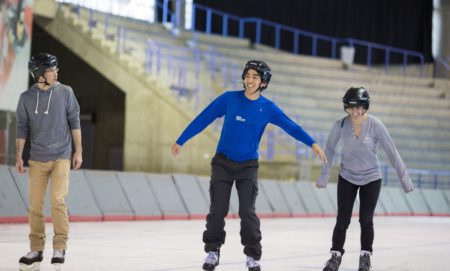 Today’s Groupon Calgary Daily Deal of the Day: The Olympic Oval: $9 for Recreational Public Skating with optional skate rental. Six Options Available (Up to 40% Off)

Fine Print
Promotional value expires 180 days after purchase. Amount paid never expires. Limit 3 per person. May be repurchased every 90 days. Limit 1 per visit. Valid only for option purchased. Merchant is solely responsible to purchasers for the care and quality of the advertised goods and services.