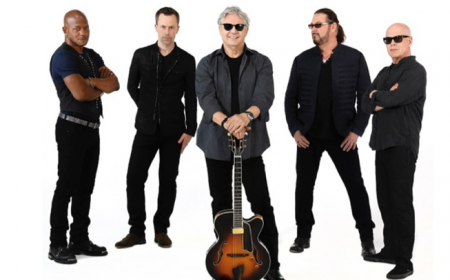 Today’s Groupon Calgary Daily Deal of the Day: Steve Miller Band with Peter Frampton at Scotiabank Saddledome: One G-Pass on Friday, April 20, at 7:30 p.m., starting from $58 (Up to 40% Off)

How G-Pass Works: Following purchase, your G-Pass will be in your account. You may redeem your G-Pass via the mobile app when you enter the venue. You may also print it out in advance. Discount reflects the merchant’s current ticket prices – price may differ on day of event.

The Fine Print
Promotional value expires Apr 21, 2018. Limit 8/person. All sales final, subject to Extraordinary Event Policy. Must purchase together to sit together. Disability seating cannot be guaranteed; contact box office prior to purchase for availability. Holder assumes all risk in connection w/ the event & releases Groupon & its affiliates, Ticketmaster, venue & their affiliates from any related claims. Ticket value includes all fees. Ticketmaster is issuer of tickets – discount reflects current ticket prices, which may change. Upon purchase, we will provide your email to Ticketmaster to be used in accordance with Ticketmaster’s Privacy Policy. Merchant is solely responsible to purchasers for the care and quality of the advertised goods and services. Offer is not eligible for our promo codes or other discounts.

The Band’s Rock ‘N’ Roll Legacy: They’re known as the creators of some of rock’s biggest hits and one of the groups that defined the “San Francisco Sound” with albums such as Children of the Future and Sailor.
Songs You Know by Heart: “The Joker,” “Rock’n Me,” “Abracadabra,” “Fly Like an Eagle,” and “Livin’ in the USA”—just to name a few
Career-Defining Accomplishment: The band was inducted into the Rock and Roll Hall of Fame in 2016.
Latest Album: Produced and curated by Steve Miller himself, the band released a collection of its most popular songs entitled Ultimate Hits, which is available in a Deluxe Edition with live tracks and eight previously unreleased recordings.
Peter Frampton: English rock musician, singer, songwriter, producer, and guitarist with decades of experience as he was previously associated with the bands Humble Pie and The Herd.
’70s and ’80s his big hits like “Baby, I Love Your Way” have now soundtracked countless proposals and given guitars speech lessons.
2007 His album “Fingerprints” won the 2007 Grammy Award for Best Pop Instrumental Album and his cover of Soundgarden’s “Black Hole Sun” was nominated for Best Rock Instrumental Performance.
2014 Indicted into the Musicians Hall of Fame.
Present Appeared as himself in television shows “The Simpsons” and “Family Guy.