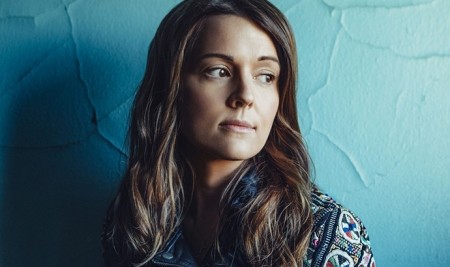 In a Nutshell
Folk rocker behind “The Story” pairs her distinctive voice with genre-defying tunes on her latest album, The Firewatcher’s Daughter

The Fine Print
Promotional value expires Aug 9, 2015. Limit 8 per person. Redeem on 8/8 for a ticket at venue box office. Refundable only on day of purchase. Discount reflects merchant’s current ticket prices-price may differ on day of the event. For disability seating, call box office promptly upon receipt of voucher – availability is limited. Ticket value includes all fees. Merchant is solely responsible to purchasers for the care and quality of the advertised goods and services.

Her voice: sometimes it’s as tender and gravelly as Emmylou Harris’s, but for the most part, Brandi Carlile belts out in a full-force bellow; the Boston Globe dubbed her “contemporary pop’s most expressive and astonishing singer this side of Adele”
Her influences: in the genre-hopping songs she writes and croons, you can hear a little Patsy Cline, Elton John, and Freddie Mercury, sometimes all in the same note
Her start: she was a backup singer for an Elvis impersonator before eventually performing alongside the Indigo Girls, Chris Isaak, and Tori Amos
Her breakthrough: 2007’s The Story, which had its title track featured during an especially romantic surgery on Grey’s Anatomy
Her performance: expect tracks from her back catalog and new gems from her latest album, The Firewatcher’s Daughter, played with her longtime backing band of twins Phil and Tim Hanseroth