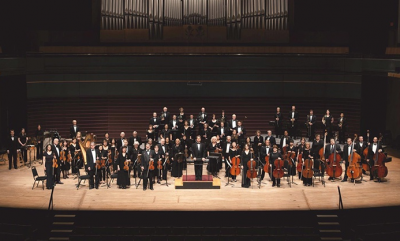 Today’s Groupon Calgary Daily Deal of the Day: The Name is Bond! – $15 for One Ticket at EPCOR Centre for the Performing Arts on February 23 (Up to 41% Off)

Listening to the soundtrack of a film can make you feel like you’re in the movie, which is a potential problem if that movie is “The Man Who Got Banned from The Symphony for Shouting, ‘Look Out! Jurassic Park is Right Behind You!'” Score some memories with this GrouponLive deal.

This is a limited 4-day only sale that will expire at midnight on Friday, February 21, 2014.

The Fine Print
Expires Feb 23rd, 2014. Limit 8 per person. Redeem starting 2/23 for a ticket at venue box office. Must show valid ID matching name on Groupon at EPCOR CENTRE for the Performing Arts. Refundable only on day of purchase. Discount reflects Calgary Civic Symphony’s current ticket prices-price may differ on day of the event. Doors open 90 minutes before showtime. For disability seating, call box office promptly upon receipt of voucher – availability is limited. Merchant is solely responsible to purchasers for the care and quality of the advertised goods and services. See the rules that apply to all deals.

The Name is Bond!
He’s ruthlessly intelligent, seemingly indestructible, great at holding his booze, and prone to saving the world. To salute the suavest agent of her majesty’s secret service, the Calgary Civic Symphony presents The Name is Bond, an event that would make 007 himself feel right at home. The soiree stars in a lobby laden with Bond’s favorite hobbies—fans rolling the dice in Baccarat, savoring unstirred martinis, popping corks of Bollinger, and having commemorative photos taken that later include digital Daniel Craigs and Aston Martins. After the mingling and gambling, fans take to their non-ejecting seats for a musical showcase of music from the film series. Conductor Rolf Bertsch steers the symphony while Juno Award–nominated chanteuse Tara Slone of Breakfast Television plays the part of Bond Girl, lending her pipes to famed theme songs from Goldfinger, Skyfall, For Your Eyes Only, and Live and Let Die.

Calgary Civic Symphony
In 1975, the Orchestra Society of Calgary debuted with 38 musicians—a number that hardly represented the amount of talent in the area. It went on that way for 10 years, though, until it adopted the name Calgary Civic Symphony. With that change in title, which emphasized its position as Calgary’s only community orchestra, the ensemble swelled to 90 members strong. Today, under the wand of former Orchestre symphonique de Montréal pianist Rolf Bertsch, who the Montreal Gazette, defines as “confident and fluid on the podium,” the Calgary Civic Symphony fills the acoustically renowned Jack Singer Concert Hall at EPCOR Centre with transcendental music. Each season, it treats listeners to selections of the most prized vocal and symphonic works, along with playful performances of movie soundtracks, which have included Star Wars and Home Alone.