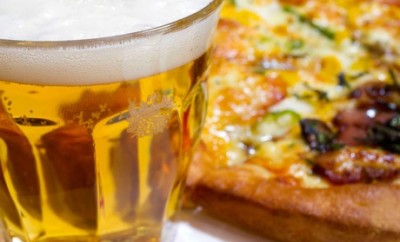 Last Chance Reminder: I originally posted about this deal last week. Here’s a reminder that today is your last chance to buy the deal as it expires tonight. At the time of this post, they have sold over 50+ vouchers so don’t miss out!

Today’s Groupon Calgary Daily Deal of the Day: Minhas Micro Brewery – $11 for One Pizza with Two Craft Beers or $20 for Two Pizzas with Four Craft Beers (Up to 55% Off)

Drinking microbrews is an activity that sometimes makes people believe they’re funnier, smarter, and 2 feet taller than they actually are. Bask in the power of belief with this Groupon.

See the menu for pizza options.

This is a limited 4-day only sale that will expire at midnight on Friday, December 13, 2013.

The Fine Print
Expires 90 days after purchase. Limit 1 per person, may buy 1 additional as gift. Limit 1 per visit. Limit 1 per table. Valid only for option purchased. Merchant is solely responsible to purchasers for the care and quality of the advertised goods and services. See the rules that apply to all deals.

Since its humble beginnings as a winter-only operation in a snow-packed Wisconsin town, the company that would become Minhas Micro Brewery has been pumping out quality beverages for generations of discerning drinkers. Now located in Calgary and owned by siblings Manjit and Ravinder Minhas, the brewery is still the source of delicious drinks, including premium brews, craft brews, and malt liquors that highlight the company’s hoppy expertise. Whether they’ve sampled the hoppy notes of the Shergill IPA or witnessed the Mountain Crest Blonde Ale turn Ravinder’s hair totally flaxen in the brewery’s well-known commercial.