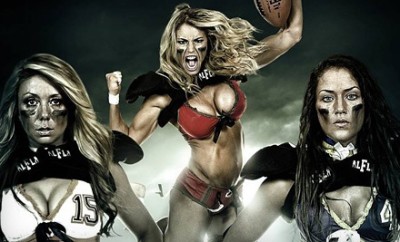 “Bone crushing” is often used to describe hard football hits or those machines that make baking flour out of chicken bones. Tackle a big match-up with this GrouponLive deal.

This is a limited 4-day only sale that will expire at midnight on Tuesday, September 10, 2013. Click here to buy now or for more about the deal. Quantities are limited so don’t miss out!

The Fine Print
Expires Sep 14, 2013
Limit 8 per person. Valid only for option purchased. G-Pass not redeemable with mobile app. Use for admission at Stampede Corral on 9/14. Must show valid ID matching name on Groupon. Refundable only on day of purchase. Must purchase together to sit together. Discount reflects Ticketmaster’s current ticket prices – price may differ on day of event. Doors open 1 hour before game time. Merchant reserves the right to substitute closer seat assignment. For ADA accommodations, call box office promptly upon receipt of voucher – availability is limited.

In the second half of LFL Canada’s opening weekend, the Calgary Fillies make their league debut against the gridiron veterans of the Regina Rage. For the first time ever, the Fillies rumble onto the turf at Stampede Corral ready to show off a roster packed with homegrown talent. On the opposite sideline, the Rage counter with several stars from the 2012 season, including Andrea Cecchini—a fierce competitor who led her team in sacks last season and terrified several tackling dummies into retiring. The evening marks the beginning of a season-long quest for a title, as both teams set their sights on unseating the defending champion BC Angels, who captured the inaugural LFL Canada Championship a year ago.

Formerly the Lingerie Football League, the Legends Football League stands as the “fastest-growing pro sports league in the nation” according to NBC Sports correspondent Rick Chandler. That success owes much to the league’s unique format, which pits two exclusively female teams in alluring uniforms against each other in full-contact football games on a 50-yard field. Donning football pads and helmets over their revealing performance wear, the female athletes block, juke, and sprint uninhibited by such frivolous gear as the NFL’s heavy chainmail hauberks.