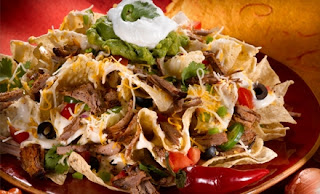 UPDATE: This deal is now SOLD OUT! They sold all 1,000 vouchers by 8pm. To prevent yourself from missing out on future deals, I suggest to not hesitate too long and buy the deal when you first see it.

Today’s Groupon Calgary Daily Deal of the Day: Julio’s Barrio – Mexican Fare and Drinks Sunday–Thursday or Friday–Saturday (Up to 56% Off)

This is a limited 3-day only sale that will expire at midnight on Wednesday, November 09, 2011. Click here to buy now or for more information about the deal. Quantities are limited so don’t miss out!

The Fine Print
Expiration varies
Limit 1 per person, may buy 2 additional as gifts. Limit 1 per table. Valid only for option purchased.

A taco’s envelope-like shape holds a wide variety of ingredients, and allows diners to ship their meal to their next vacation destination. Taste transportable edibles with today’s Groupon to Julio’s Barrio. Choose between the following options:

The chefs at Julio’s Barrio turn fresh ingredients into a menu of Mexican classics. An assemblage of four soft flour or hard corn tortillas lined with taco beef, ancho chicken, or veggies, the grande tacos sate bear-sized appetites faster than swallowing a bow-tied teddy bear ($17.50). The sole de limón takes taste buds on a flavourful detour from tortilla-based creations, tempting palates with flaky white fish encrusted in a lemon-pepper coating ($17). Alternatively, the vegetarian barrio chili coalesces zucchini, onions, celery, tomatoes, kidney beans, and chickpeas to create an herbivorous treat tempting to even the most carnivorous of man-eating super snakes ($11). Six signature salsas—from the traditional mild to the nuclear blending garlic, onion, and habanero—empower diners to customize their meals, and floor-to-ceilings windows funnel sunlight and moonlight into an interior of sunburned floors and tile-bordered orange walls.