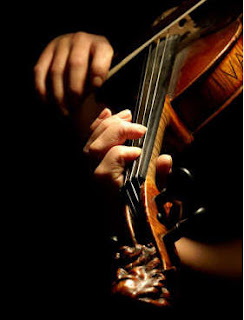 This is a limited 2-day only sale that will expire at midnight on Tuesday, October 25, 2011. Click here to buy now or for more information about the deal. Quantities are limited so don’t miss out!

If Top 40 melodies laden with grammatically incorrect lyrics and heavily synthesized voices don’t make you go gaga, today’s deal from Calgary Civic Symphony will be music to your ears: pay $70 and receive two five-concert passes for the 2011/2012 symphony season (a $140 value). Led by conductor Rolf Bertsch at downtown’s Jack Singer Concert Hall on Sunday afternoons at 2:30 p.m., this series presents contemporary pieces, holiday music, and classical selections — with featured guests at each performance — on November 6, 2011; December 18, 2011; February 26, 2012; April 22, 2012; and June 10, 2012. You’ll enjoy shows ranging from “Carmina Burana” by German composer Carl Orff (on a night which also includes a celebration of Hungarian composer Franz Liszt), to “Earth Day and C3,” an orchestral celebration of our planet with works representing the sky and sea. Tune into this deal, and find some harmony away from the radio.

Fine Print
Limit one per person, up to one additional as a gift • May be used over multiple visits • New clients only • Open seating; arrive early • Valid for 2011/2012 season • Other conditions apply • PROMOTIONAL VALUE EXPIRES ON June 2, 2012.