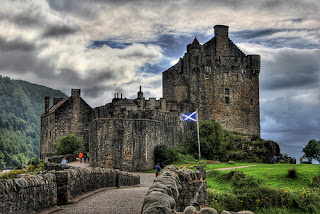 (Yes, Scotland is in the UK too, it’s a poorly worded title, sorry)

Air Transat has been putting the axe to their late September and October prices, notably to…

October 19-26 from Calgary to Glasgow looks to be the cheapest ($568) but other dates in late September and early October aren’t much more.

Late September/Early October seems to have the cheap ones to London Gatwick ($589) and Manchester ($592).

To find them, you can try a flexible date search on www.AirTransat.ca

You can use these cheap fares to go anywhere in Europe for a good price. For example, I’ve been thinking of going to Turkey, and you can fly between London and Istanbul for around $232 roundtrip after taxes on Air France.

That makes for a total cost of around $800 for the two flights, versus around $1300 for one flight between Calgary and Turkey.