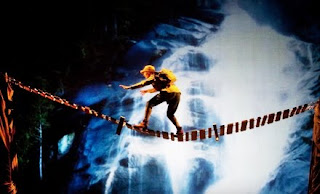 Groupon Calgary Deal of the Day: Opera Evening for Two (Up to $50 Value)

This is a limited 2-day only sale that will expire at midnight on Tuesday, August 16, 2011. Click here to buy now or for more information about the deal. Quantities are limited so don’t miss out!

The Fine Print
Expires Aug 21, 2011
Limit 3 per person. Limit 3 per visit. Must reserve tickets by phone.

Today’s Groupon: for $25, you get an opera evening for two including two tickets for choice of four shows at The Banff Centre (up to a $50 value). After purchasing today’s deal, buyers redeem by calling

A beacon of Canadian arts, The Banff Centre fuels training programs and performances by bringing opera artists to the mountainous setting of Banff National Park since 1952. Penned by the Canadian duo of composer John Estacio and librettist John Murrell and based on a true story, Lillian Alling follows a young, penniless Russian woman to 1927 New York. She treks across the continent in search of a man named Jozéf, and her colourful encounters lead her to Northwestern British Columbia, where she experiences a cathartic revelation on the banks of the Skeena River.

Called “the most satisfying and elusive of Mozart operas” by the New York Times, Cosi Fan Tutte unravels the story of two men who test the fidelity of their lovers by going undercover as swarthy IT salesmen. Sung in Italian with English subtitles, a comic battle of the sexes ensues that eschews political correctness. Both shows are held in the 959-seat Eric Harvie Theatre, where fixed seating rakes back 26 rows for viewers to behold a raised stage and the people who perform on it.