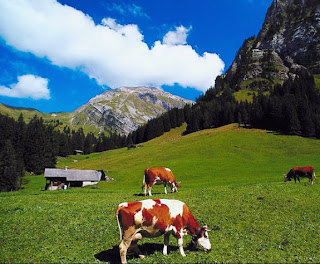 My wife and I have been looking for a good deal on a flight to Europe this summer. Looks like Chris from YYC Deals found exactly what we were looking for.

Condor’s return to YYC this summer could be very good news indeed for Calgarians. We’ve all seen the cheap flights to London or Manchester that come up every now and then, thanks to Air Transat, but it’s nice to see another no-frills player in the mix to shake things up a bit to other cities. It could open up the possibility of some decent July/August prices to Europe as well.

There’s some very interesting prices to Zurich, Switzerland at the moment. Try June 27 to July 8th on Condor.com for example.

$719 roundtrip after tax. There definitely hasn’t been anything that cheap to Zurich in a long time. If you’ve found anything around $1000 you’re doing very well. Every other carrier in late June is around $1400-$1800ish at the moment. It’s even more notable that Condor is offering this price so far in advance.

Click here to visit YYC Deals for more information about this deal.