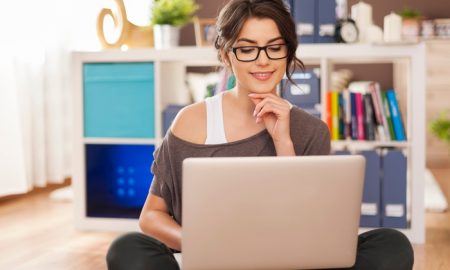 Customers pick out the right pair of frames or sunglasses from designers such as Coach, Ray-Ban, and DKNY