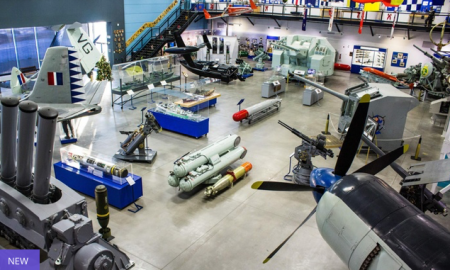 LivingSocial Calgary Daily Deal of the Day: The Military Museums: $17 for Admission for Two or $30 for Four People (Up to 50% Off)

This is a limited 3-day only sale that will expire at midnight on Friday, December 1, 2017.

For more than 30 years, Quiznos has toasted its submarine sandwiches to bring out the hidden flavors found in butcher-quality meats, cheese, and artisan breads. Its classic and signature subs take on a variety of styles, ranging from the prime rib mushroom and swiss to the classic italian donning black olives, mozzarella, red-wine vinaigrette, and plentiful sliced meats.Just about every aspect of Canada’s armed forces is covered at the Military Museums, a sprawling center of historical artifacts and in-depth history. Along with glistening aircraft and rugged armored vehicles, the museum is home to subtler collections of stories and artifacts spanning more than 200 years of domestic and international wars.Size: The second-largest military museum in the country consists of multiple sub-museums, which include four regimental museums, branch-specific museums, an art gallery, and The Military Museums Library and Archives.
Eye Catcher: The museum’s lawn holds a CF-5 Freedom Fighter, a sleek supersonic jet that was used in combat, reconnaissance, and training missions throughout the latter half of the 20th century.
Permanent Mainstay: the The CF-104 Starfighter, a dazzling Cold War–era jet that traveled at speeds up to 1,550 miles per hour and soared to space-scraping heights of 100,100 feet.
Don’t Miss: an early version of the Enigma Machine, a rotorized cipher machine that created complex codes to mask communication between German U-boats during World War II.
Hidden Gem: Hardcore history buffs should peruse the Military Museums Library and Archives, a bastion of military knowledge that contains more than 20,000 books and periodicals.Fine Print
Promotional value expires 90 days after purchase. Amount paid never expires. Limit 5 per person. Valid only for option purchased. Must use voucher in 1 visit. Not valid during special events. Merchant is solely responsible to purchasers for the care and quality of the advertised goods and services.Click here to buy now or for more information about the deal. Don’t miss out!