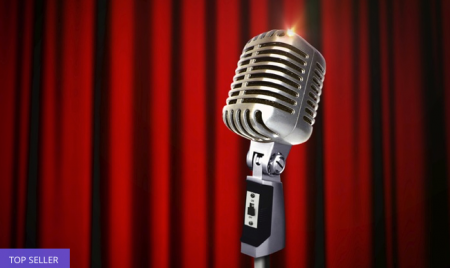 LivingSocial Calgary Daily Deal of the Day: The Comedy Cave: $35 for Dinner with Comedy Show for Two or $65 for Four, Valid Sunday – Thursday (Up to 44% Off)

This is a limited 1-day only sale that will expire tonight at midnight (Monday, November 6, 2017).

At The Comedy Cave, laughter and food go together like a setup and an expertly timed punchline about the family dog. Local and nationally touring comedians—many of whom have honed their chops on late-night television—perform six nights a week. Between laughs, audiences dig into hearty comfort fare, such as slow-cooked ribs and classic poutine. The club’s homey charm makes it a fitting spot for a private bachelor party, fundraiser, or holiday get-together.

Fine Print
Promotional value expires 180 days after purchase. Amount paid never expires. Limit 4 per person. Valid only for option purchased. Reservation required. Limit 1 per visit. Must show valid ID matching name on voucher at The Comedy Cave. Refundable only on day of purchase. Discount reflects The Comedy Cave’s current ticket prices-price may differ on day of the event. Valid only Sunday-Thursday. Merchant is solely responsible to purchasers for the care and quality of the advertised goods and services.