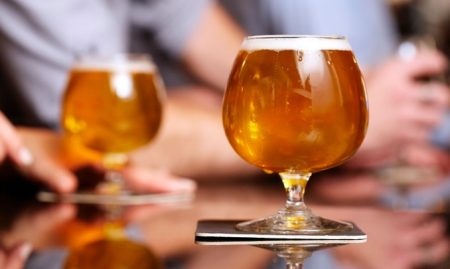 Today’s Groupon Calgary Daily Deal of the Day: Macleod Liquor: $20 for Beer Tastings and Filled Growlers for One or $40 for Two (50% Off)

$40 for beer tastings and filled growlers for two ($80 value)

The Fine Print
Promotional value expires 120 days after purchase. Amount paid never expires. Appointment required. Limit 1 per person, may buy 1 additional as gift. Limit 1 per visit. Valid only for option purchased. All goods or services must be used by the same person. Must be 21 or older. Valid only for 1-liter growlers only. Must bring your own growler or can be bought at the store. Merchant is solely responsible to purchasers for the care and quality of the advertised goods and services.

India Pale Ale: How British Colonists Stumbled on a New Flavor of Beer
If you’re in the mood for extra helpings of malt and hops, reach for an india pale ale. Read on to learn more about this earthy brew.

Though an india pale ale can possess a dense bouquet of flavor notes, the beer’s extra hops generally shine through with an earthy bitterness that calls to mind an interesting comparison for many tasters: that of a cool forest floor. A reviewer for Draft Magazine described the first few moments after a sip of Sierra Nevada’s popular Torpedo IPA as “an exercise in patience: It begins slowly with deep malt sweetness, then ambles into citrusy, piney hops.” That particular beer is also emblematic of a trend among North American brewers, especially those on the West Coast, toward crafting increasingly potent double, triple, and imperial variants of the traditional British brew.

The beer’s name indicates not its birthplace but its original utility. In the 1700s and 1800s, British colonists were unprepared for the sweltering heat waiting for them in India. Thousands of miles from their own country and suffering from outbreaks of malaria, Brits were desperate for a taste of home, which often arrived in the form of a cask of specially brewed india pale ale. All the additional malt and hops, which today provide its distinctive flavor, originally only helped bolster its alcohol content and preserve it during the long trip from England.