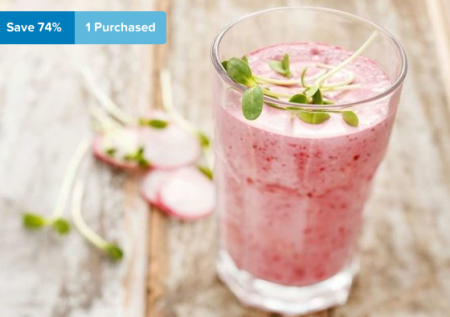 LivingSocial Calgary Daily Deal of the Day: Healthinformation: $59 for 14-Day Cleanse with 2 or $69 for 4 Follow-Up Appointments (74% Off)

Sweat: Smelly and Clean
Sweat rids the body of water, but also of trace amounts of toxins. Read on for a quick look at the science of sweat.
The sweat glands are the body’s own fire-sprinkler system. They keep the temperature inside our skin livable by releasing water, which cools the body as it evaporates. Though mostly water and salt is excreted, some studies suggest that sweat glands—like the kidneys, liver, and colon—might rid the body of unwanted elements, such as toxic metals. A 2012 meta-review published in the Journal of Environmental and Public Health found reason for further investigation into sweat as a detoxification method. One study reviewed found that levels of arsenic, lead, and mercury in test subjects’ sweat went down after repeated sessions in a sauna.
Sweating in the Old Days
Regardless of how much sweat can actually aid detox efforts, humans have long felt that sweating has a cleansing or curative effect. Saunas have been a Finnish tradition since the 12th century, and healers often worked within them. (Finland still has about two saunas for every five people). Many tribes throughout the Americas have used sweat lodges for practical and spiritual purposes, from enhancing a shaman’s purification rituals to marking puberty to preparing for battle.
Bonus Points

• Sweat comes from two sources: eccrine glands, scattered across the body for cooling, and apocrine glands, which are most concentrated in bacteria-rich regions such as the armpits and crotch. Apocrine glands are activated by stressful emotions, meaning that running from a bear will make you smell worse than running on a treadmill.
• The ability to sweat varies wildly across the animal kingdom. For instance, horse sweat contains a foamy, soapy substance called latherin, which helps the sweat spread over horses’ large, oily bodies.

Fine Print
PAID VALUE EXPIRES ON April 19, 2022
PROMOTIONAL VALUE EXPIRES 120 DAYS AFTER PURCHASELimit 1 per customer, up to 1 additional as a gift
Appointments required and subject to availability
Merchant cancellation/re-scheduling policy of 24 hours applies; voucher subject to forfeiture
Must be 18 or older
Consultation required; non-candidates and other refund requests will be honored before service provided
Customer must sign waiver prior to redemption
All services must be redeemed during a single visit by same customer
New customers only