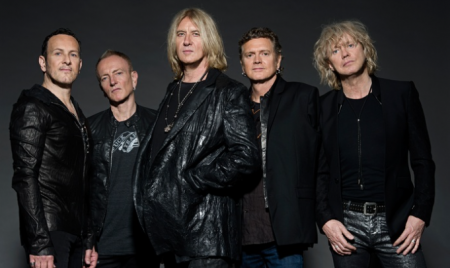 This is a limited 2-week only sale that will expire at midnight on Thursday, February 2, 2017.

In a Nutshell
Hard rockers behind the multi-platinum album “Hysteria” perform chart-topping hits; the legendary Poison and Tesla join

The Fine Print
Promotional value expires Jun 4, 2017. Limit 8/person. Refundable only on day of purchase. Must purchase together to sit together. Merchant reserves right to substitute closer seat. Disability seating cannot be guaranteed; contact box office prior to purchase for availability. Holder assumes all risk in connection with the event and releases Groupon, Ticketmaster, venue and their affiliates from any related claims. Not redeemable on mobile app. Ticket value includes all fees. Discount reflects Live Nation’s current ticket prices, which may change. Merchant is solely responsible to purchasers for the care and quality of the advertised goods and services. Offer is not eligible for Groupon promo codes or other discounts.

The Band: With two prestigious Diamond Awards to their credit, Def Leppard—Joe Elliott, Phil Collen, Vivian Campbell, Rick “Sav” Savage, and Rick Allen—continues to deliver some of the most iconic rock melodies and memorable anthems of all time. Most recently, their 2015 self-titled album, featuring singles “Dangerous” and “Let’s Go,” hit No. 1 on the Billboard Top Rock Albums Chart.
The Singles: “Pour Some Sugar on Me,” “Love Bites,” and “Armageddon It” are all likely to inspire a crowd sing-along
Joe Elliot’s Take on the Tour “We’re thrilled to be able to take this tour to cities we didn’t play in 2016. The demand for us to return, or rather extend the tour was phenomenal! There’s a great buzz around the band right now and we’re loving the fact that we can do this with the latest album being so well received.”
What Else Is New: Fresh off winning their fan-voted Classic Rock Magazine Album of the Year award, Def Leppard, Def Leppard premiered the live video for “Animal” from the band’s recently announced concert film, And There Will Be A Next Time – Live From Detroit.
Poison: For the first time in more than five years, the original Poison crew—Bret Michaels, CC DeVille, Bobby Dall, and Rikki Rockett—joins forces to unleash the hits that helped them sell more than 40 million albums. Expect “Nothin’ But a Good Time,” “Every Rose Has Its Thorn,” and “Unskinny Bop.”
Tesla: These hard-rockers with a blue-collar sensibility shrugged off the glam aesthetic even during the height of hair metal. The result was a slate of timeless headbangers such as “Modern Day Cowboy” and “Love Song.”