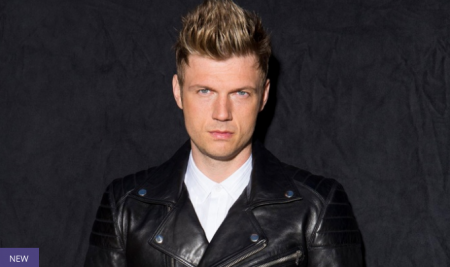 Today’s Groupon Calgary Daily Deal of the Day: Nick Carter: $20 for one ticket for general admission (up to $46.20 value)

The Fine Print
Promotional value expires Nov 19, 2016. Limit 8/person. Redeem on day of show for a ticket at the venue box office. Refundable only on day of purchase. Discount reflects merchant’s current ticket prices, which may change. Disability seating cannot be guaranteed; contact box office prior to purchase for availability. Ticket value includes all fees. Merchant is solely responsible to purchasers for the care and quality of the advertised goods and services.

Nick Carter the boy: set hearts pitter-pattering as a member of pop group Backstreet Boys, known for their hits “Quit Playing Games (with My Heart),” “Everybody (Backstreet’s Back),” “I Want It That Way,” and “Larger than Life”
Nick Carter the solo artist: released his first album, Now or Never, in 2002, which reached Gold status and led to two more albums, 2011’s I’m Taking Off and 2015’s All American
Nick Carter the collaborator: joined forces with New Kids on the Block’s Jordan Knight in 2014 to put down the switchblade-microphones, record an album (Nick & Knight), and head on a subsequent tour
Nick Carter the dancer: tapped into his years on stage to take home the silver in the 21st season of ABC’s Dancing with the Stars
Nick Carter the entertainer: weaves his strong, soulful croon and effortless stage presence equally into up-tempo pop and tear-jerking ballads