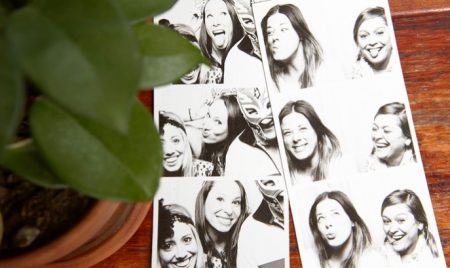 With today’s Groupon great deal to Urban Paparazzi Photo Booth, for only $294, you can get Two, $334 for Three, or $435 for Four Hour Photo Booth Rental! That’s a saving up to 67% Off! You may buy 1 voucher for yourself and 1 as gifts & the Promotional value expires 180 days after purchase.

This is a limited 4-day only sale that will expire at midnight on Monday, September 5, 2016.

In a Nutshell
Captures memories with a photo booth at weddings, engagements, graduations, sporting events, and other milestones

The Fine Print
Promotional value expires 180 days after purchase. Amount paid never expires. May be repurchased every 90 days. Valid only within 35 km. of zip code T2P4M6. Appointment required. Limit 1 per person, may buy 1 additional as gift. Valid only for option purchased. Merchant is solely responsible to purchasers for the care and quality of the advertised goods and services. Offer is not eligible for promo codes.

Portraiture: Facing the Camera
Modern portrait photography owes many of its stylistic elements to the artistic media that preceded it. Learn about this artistic lineage with Groupon’s exploration of portraiture.

From Paleolithic cave drawings to the presidential paintings on the White House walls, portraiture immortalizes both the subject and the point of view of its creator. The ancient Egyptians took this concept perhaps more literally than most: funerary portraits were painted over the faces of mummies in order to carry the deceased into the afterlife with their best likeness showing. In medieval times, the preeminence of the church led to a preponderance of ecclesiastic subjects. And as the Middle Ages faded into the Renaissance, great painters began to depict not only the noble subjects who commissioned tableaux of their families, but also themselves.

Self-portraits were often done simply as practice or to show off the artist’s technique in the absence of other subjects, but many early examples also introduced an element of fun, not unlike the goofy shots one might take in a photo booth or in front of a laptop’s built-in lens. Rembrandt, for example, made etchings of himself hamming it up like an actor on the Shakespearean stage and grasping an Indonesian dagger with gleeful solemnity. But he also devised one of the most elegantly dramatic lighting effects in portraiture, which photographers have adopted and still use today. Rembrandt lighting bathes one side of the subject’s face in full light and the other in darkness, interrupted only by a triangle of light around the eye and cheek. Light-dark contrast used to add volume to a subject was also cribbed by shutterbugs from Renaissance painters.

Portraiture didn’t progress smoothly from grand oils to dignified, large-format photos. Because the first cameras required about 10 minutes of exposure, fidgety human subjects were not a good fit. Even as exposure times shrank, the physical medium posed a problem. The most accessible means of photography in the mid-1800s was the daguerreotype, in which light etched images directly onto a metal plate. Costs and camera mechanics kept the plate small, and so the first popular portraits measured only a few inches across. They were not for dominating a parlor wall but for holding in the hand as a keepsake or sliding into a photo album, in the same way as the work of once-common miniaturist painters whose craft the camera gradually replaced.

For decades, portrait photographers continued to draw heavily on the past, sometimes placing their subjects in not only the poses and draped settings of the old masters, but even in Renaissance-style costuming. As cameras became smaller, faster, and more portable, however, the candid or faux-candid shot became viable, freeing photographers to use the spontaneous poses, lively expressions, and current backgrounds studios use today.