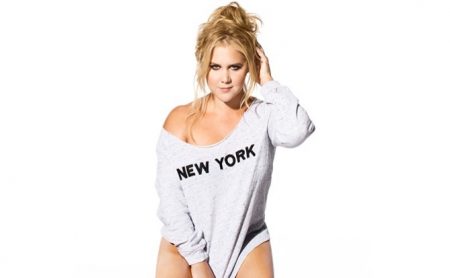 The Fine Print
Promotional value expires Nov 30, 2016. Limit 6/person. Valid only for option purchased. Refundable only on day of purchase. Must purchase together to sit together. Merchant reserves right to substitute closer seat. Disability seating cannot be guaranteed; contact box office prior to purchase for availability. Holder assumes all risk in connection with the event and releases Groupon, Ticketmaster, venue and their affiliates from any related claims. Not redeemable on mobile app. Ticket value includes all fees. Discount reflects Ticketmaster’s current ticket prices, which may change. Merchant is solely responsible to purchasers for the care and quality of the advertised goods and services.

Amy Schumer’s style: honest and unapologetic humor that’s provocative and hilariously wicked
Where she got her start: Amy made her network premier on NBC’s Last Comic Standing and soon after co-starred on 30 Rock and received her own Comedy Central Presents special Mostly Sex Stuff, which became Comedy Central’s second-highest rated special in 2012
Where else she’s appeared: stealing scenes in Louie and HBO’s Girls; flame-broiling Charlie Sheen and Roseanne Barr in their Comedy Central roasts
The show that catapulted her to fame: the runaway Comedy Central hit Inside Amy Schumer that premiered in April of 2013 to the network’s highest season premier ratings of the year
What to expect from her live show: brand-new material laden with her signature left-hook surprises; raunchy material that’s actually funny instead of just raunchy