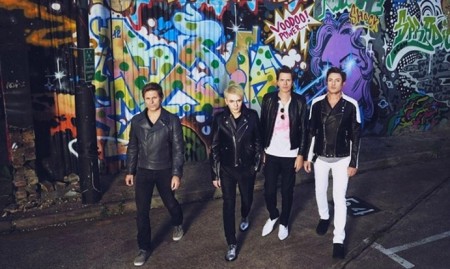 This is a limited 2-week only sale that will expire at midnight on Thursday, April 21, 2015.

In a Nutshell
The New Wave legends deliver decades of hits, including “Rio” and “Ordinary World,” in support of their new hit album, Paper Gods

The Fine Print
Promotional value expires Aug 31, 2016. Limit 8/person. Valid only for option purchased. Refundable only on day of purchase. Must purchase together to sit together. Merchant reserves right to substitute closer seat. Disability seating cannot be guaranteed; contact box office prior to purchase for availability. Holder assumes all risk in connection with the event and releases Groupon, Ticketmaster, venue and their affiliates from any related claims. Not redeemable on mobile app. Ticket value includes all fees. Discount reflects Live Nation’s current ticket prices, which may change. Cannot be used in combination with promo codes. Merchant is solely responsible to purchasers for the care and quality of the advertised goods and services.

Duran Duran’s members: the band’s founding four—singer Simon LeBon, keyboardist Nick Rhodes, bassist John Taylor, and drummer Roger Taylor
Duran Duran’s numbers: 100 million albums sold, six Lifetime Achievement Awards over the past 10 years, the 2015 MTV Visionary Video Award, 2015’s GQ Magazine Icon Award, and 14 studio albums. About that fourteenth…
Paper Gods: this 2015 album flaunts the latest evolution of Duran Duran, featuring guest stars such as John Frusciante, Janelle Monáe, Kiesza, Mew’s Jonas Bjerre, and Mr. Hudson. Rolling Stone named it one of the must-hear albums of the fall and praised it for its “youthful sense of reinvention.”
Paper Gods producers: Nile Rodgers, Mark Ronson, Mr. Hudson, and Josh Blair—with the mighty Spike Stent behind the mixing
10: the spot Paper Gods reached on Billboard’s Top 200 Album chart—making it Duran Duran’s highest-charting album in 22 years
What to expect: The Guardian caught the band at Leeds and raved that “everything that is wonderful about pop music seems to occupy the triumphant final half hour, as a sea of blondes, brunettes, and husbands come together to bellow ‘Planet Earth,’ ‘Girls on Film,’ ‘Rio,’ and the rest.”
CHIC featuring Nile Rodgers: One of the biggest groups of ’70s disco, this New York force of funk wore down dance floors with hits such as “Le Freak” and “Dance, Dance, Dance (Yowsah Yowsah Yowsah).” Founding guitar legend Nile Rodgers also recently reestablished himself on the cultural forefront after collaborating with Daft Punk on Random Access Memory and its monster hit “Get Lucky.”