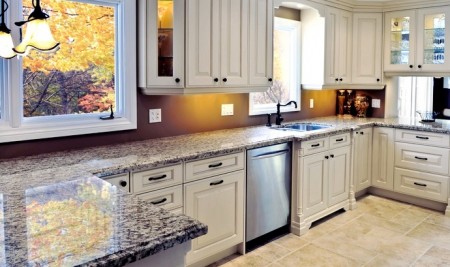 Today’s Groupon Calgary Daily Deal of the Day: The Calgary Health Show: $9 for One-Day or $14 for Weekend Passes for Two (Up to 62% Off)

With today’s Groupon great deal to The Calgary Health Show, for only $9, you can get One-Day or $14 for Weekend Passes for Two! That’s a saving up to 62% Off! You may buy 1 voucher for yourself and 1 as gifts & the Promotional value expires Feb 22, 2016.

The Calgary Health Show runs from February 20th to the 21st at Stampede Park.

This is a limited 8-day only sale that will expire at midnight on Thursday, February 18, 2015.

In a Nutshell
Get tips on healthy eating, exercise, and clean living from panelists during a weekend-long health expo

The Fine Print
Promotional value expires Feb 22, 2016. Amount paid never expires. Limit 1 per person, may buy 1 additional as a gift. Valid only for option purchased. Merchant is solely responsible to purchasers for the care and quality of the advertised goods and services.

Building Muscle: Cells on the Move
Read on to learn exactly how fitness classes leave you with more muscle or better tone.

Bulky upper-body muscles might have hindered early humans who had to chase their prey across the plains, but it could help those who often had to climb trees to adjust their satellite dishes. That’s why the body builds muscle according mostly to use: do enough curls, and the biceps expand. As anyone who has experienced post-workout soreness could intuit, those curls are actually a form of controlled damage, making thousands of miniscule tears to the muscle tissue that beckon autoimmune cells to show up alongside testosterone and other hormones. The white blood cells help switch on satellite cells, which are similar to stem cells. Before they’re activated, satellite cells aren’t doing much—instead, they lie dormant around muscle fibers until they’re called into action to repair torn tissue.

This isn’t the only kind of cellular transformation at work in growing muscles. Long muscle cells, which contain several nuclei, can also begin to change type after a workout. Certain kinds of muscle fibers are equipped to handle brief bursts of effort but will quickly become tired if asked to do more intense work. These are the first to disappear as someone starts an exercise routine, as they’re converted into fibers with more endurance. This principle is so dramatic that a sports scientist can generally tell whether someone is a professional athlete or a professional mattress model by examining a minute sample of muscle tissue.