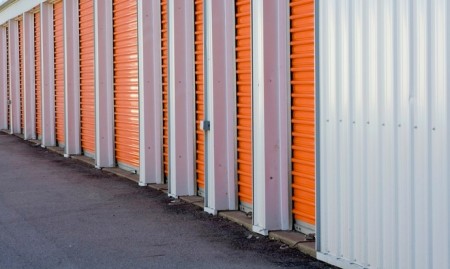 Today’s Groupon Calgary Daily Deal of the Day: Peigan Trail Storage: $39 for $80 Towards Storage Rental (51% Off)

In a Nutshell
Climate-controlled storage units come in a variety of sizes, and they are securely monitored to protect your belongings

The Fine Print
Promotional value expires 90 days after purchase. Amount paid never expires. Limit 1 per person, may buy 1 additional as gift. Valid only for option purchased. Merchant is solely responsible to purchasers for the care and quality of the advertised goods and services.

Combination Locks: Safety in Numbers
You’ll want to use a combination lock to keep your stuff secure. Learn just what’s protecting it with Groupon’s look at the combination lock’s inner workings.

Although they’ve made skeleton keys obsolete for everyone but medieval dungeon masters, combination locks do have a key—it’s just hidden inside. In that sense, turning a padlock’s dials is like drilling a keyhole, thanks to a surprisingly simple mechanism. Inside the hull, an axle supports a set of tiny wheels equal to the number of inputs in the combination (usually three). Each wheel has two distinct features that contribute to the combination: a deep notch somewhere along its edge, and a small peg jutting from its face.

Engaging each of these pegs in the correct order is the goal of the fussy routine of precise turns that makes every seventh grader late to class. The first two carefree clockwise spins of the dial let each peg catch on its neighboring wheel, causing all the wheels to turn as one. Then, the puzzle begins, and it’s time to start lining up those notches. Most dials have you spin clockwise until you reach the first number, at which point the first notch is in position. Changing to counterclockwise then leaves that first wheel where it is so only the remaining wheels turn. Upon reaching the second number, the second notch aligns with the first, and so forth until all the wheels are in line.

At this point, the keyhole comes into play. At the end of that U-shaped metal shackle is the latch assembly, typically a semicircular piece of metal trapped by a simple lever called a pawl. When locked, the pawl presses against the stack of cams and can’t budge. But when all the notches line up, they form a convenient slot for the pawl to slide into, triggering the latch and freeing the shackle.

Theoretically, you could stack up as many wheels as you’d like to create a lock with an extra-long code. But even a typical lock with 40 numbers on its face and a three-digit code has tens of thousands of possible permutations. Most manufacturers also mark the wheels with shallower “false” notches to thwart any lock-pickers who try to puzzle out the code by spinning the dial and feeling for motion. There’s no reason that code has to be made of numbers, either. Master Lock patented a model that works with directional gestures, and the first known design, described in 1206 in inventor al-Jazari’s Book of Knowledge of Ingenious Mechanical Devices, was based on 12 letters of the Arabic alphabet.