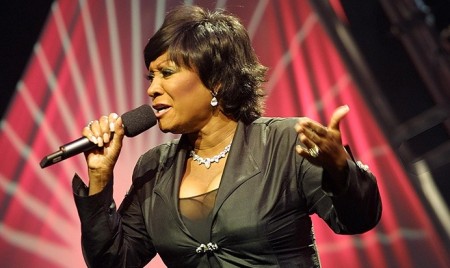 This is a limited 1-week only sale that will expire at midnight on Friday, September 4, 2015.

The Fine Print
Promotional value expires Sep 18, 2015. Limit 6 per person. Redeem on 9/17 for a ticket at venue box office. Refundable only on day of purchase. Must redeem together to sit together. Discount reflects merchant’s current ticket prices-price may differ on day of the event. For ADA seating, call box office promptly upon receipt of voucher – availability is limited. Ticket value includes all fees. Merchant is solely responsible to purchasers for the care and quality of the advertised goods and services.

How You Know Patti LaBelle: That depends on what year you’re currently living in.
1965: After becoming a fan of her early work in the Ordettes and the Bluebelles, you teared up spinning her girl group’s cover of “Somewhere Over the Rainbow.”
1974: It’s a good year for LaBelle. She emerges from a sparkling cocoon as a futuristic disco diva and fills clubs across the country with the landmark hit “Lady Marmalade.”
1982: After she proved she could make it on her own with three solo records, you got to see her perform live on Broadway in a revival of Your Arm’s Too Short to Box with God.
1991: You cheered as she finally earned her first Grammy for Best Female R&B Vocal Performance (thanks to her 10th album, Burnin’) and her second Entertainer of the Year from the NAACP Image Awards.
2001: She gets a star on BET’s Walk of Fame—just one of nine lifetime achievement awards she’s earned throughout her legendary career.
2015: At 71, she still burns with star power, stealing the scene every time the camera caught her in Empire and Dancing with the Stars.