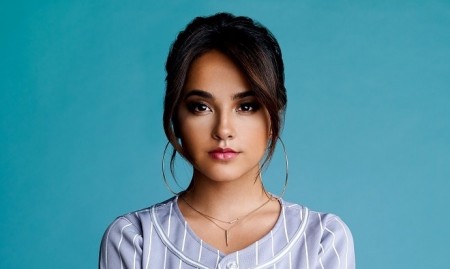 Today’s Groupon Calgary Daily Deal of the Day: Family Channel Big Ticket Summer Concert: $30 for One G-Pass Ticket on August 17 (Up to 40% Off)

In a Nutshell
Teen pop sensations Becky G., The Next Step Dancers & More lead the Family Channel’s annual summer concert, along with The Vamps & More

The Fine Print
Promotional value expires Aug 18, 2015. Limit 8 per person. Refundable only on day of purchase. Must purchase together to sit together. Merchant reserves the right to substitute closer seat assignment. For ADA accommodations, call box office immediately after purchase – availability is limited. Holder assumes all risk in connection with the event and releases Groupon, Live Nation, the venue and their affiliates from any related claims. Not redeemable on mobile app. Ticket value includes all fees. Merchant is solely responsible to purchasers for the care and quality of the advertised goods and services.

Becky G.: After her YouTube cover of Kayne and Jay-Z’s “Otis” caught fire, this talented LA singer/rapper/CoverGirl model scored her first #1 hit on the Latin Airplay charts with “Play it Again” (featuring Pitbull) and stormed the Billboard charts with “Shower” and “Can’t Stop Dancin.’”
The Next Step Dancers: Stars of the popular tween dance-off drama, including Jordan Clark (Giselle) and Lamar Johnson (West), deliver high-energy routines from the series.
The Vamps: This fetching British pop act gained fame with their YouTube covers of Taylor Swift and One Direction. Now, they’ve scored original hit singles of their own with “Last Night” and “Somebody to Love (featuring Demi Lovato),” and even have their own record label. And unlike most boy bands, they play their own instruments and formed without the help of a manager.
Shane Harte: This Canadian singer/actor/Harte-throb—best known for his roles as Anthony on Good Witch and Shane on The Next Step—is currently garnering clicks galore for his bubblegum debut single, “Let You Know.”
The Tide: This LA pop quartet made waves with YouTube covers of 5 Seconds of Summer’s “She Looks So Perfect” and One Direction’s “Steal My Girl” before becoming the very first band signed to The Vamps’ new label.