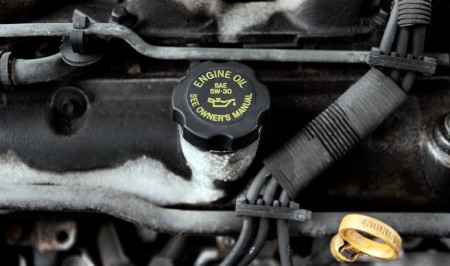 Today’s Groupon Calgary Daily Deal of the Day: Quality Quick Auto: $40 for One or $115 for Three Oil Changes with 50-Point Inspections (Up to 57% Off)

With today’s Groupon great deal to Quality Quick Auto, for only $40, you can get One or $115 for Three Oil Changes with 50-Point Inspections! That’s a saving up to 57% Off! You may buy 1 vouchers for yourself and 1 as gifts & the vouchers Expires 270 days after purchase.

The Fine Print
Expires 270 days after purchase. Appointment required, same day appointments accepted. Limit 1 per person, may buy 1 additional as gift. Valid only for option purchased. Merchant is solely responsible to purchasers for the care and quality of the advertised goods and services.

Antifreeze: Keeping Cars Cold-Blooded
Techs will top off of your car’s fluids, including antifreeze. Check out our guide to find out how this elixir keeps your car from sweating.

An engine’s rapidly moving parts generate a lot of heat, and while water is extremely effective at keeping things cool, two things make it a poor choice inside a radiator. For one, it can cause the metal to rust and corrode or leave dangerous mineral deposits inside the tank. More importantly, though, water freezes—fast. In older cars, drivers would often fill their radiators with regular tap water, rendering them useless in the winter months or on summer camping trips in Siberia.

To overcome these shortcomings, modern coolant contains a variety of ingredients to prevent corrosion and change the freezing point of water—lending it the more popular name of antifreeze. When mixed with a solution of about 30% ethylene-glycol antifreeze, water doesn’t freeze until it’s nearly 0 degrees Fahrenheit—and doesn’t boil until it reaches about 220, allowing the engine to safely get hotter than usual. The mixture must be just right, however, since once the coolant becomes too diluted (anything over about 70%), the freezing point starts to creep back up.

Finding the right chemical base for antifreeze is an ongoing struggle. Almost all formulas use some kind of alcohol, whose freezing point is around 206 degrees lower than water’s. Early antifreeze used methanol, but its low boiling point made it ultimately impractical, so most formulas today are based on propylene glycol or ethylene glycol. Though cheaper to produce, the latter comes with a greater cost: it’s extremely toxic, a danger exacerbated by its sweet, syrupy taste. Some manufacturers have helped protect children and pets by adding a bittering agent to the formula, giving it the same foul taste of broccoli found in other poisons.