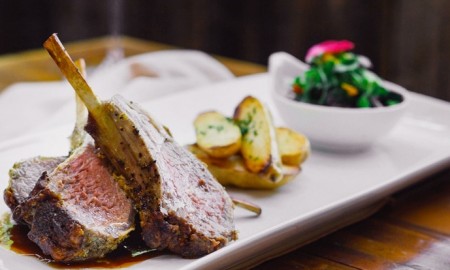 Last Chance Reminder: I originally posted about this deal last week. Here’s a reminder that today is your last chance to buy the deal as expires tonight. At the time of this post, they have sold over 250+ vouchers so don’t miss out!

With today’s Groupon delicious deal to LeVilla West, for only $65, you can get Steakhouse Dinner for Two or $129 for Four, or $35 for Lunch for Two! That’s a saving of 38% Off! You may buy 1 vouchers for yourself and 1 as gifts & the vouchers Expires 120 days after purchase.

This is a limited 4-day only sale that will expire at midnight on Friday, February 6, 2015.

The Fine Print
Expires 120 days after purchase. Limit 1 per person, may buy 1 additional as a gift. Valid only for option purchased. Limit 1 per visit. Reservations required; subject to availability. Open for lunch Tuesday-Friday. Only valid at LeVilla West. Dinner voucher is valid for entrees up to $38. Lunch voucher is valid for appetizers up to $15 and lunch entrees up to $24. Not valid on federal holidays. Tax and gratuity not included. Not valid with other specials or promotions. Must use promotional value in 1 visit. Merchant is solely responsible to purchasers for the care and quality of the advertised goods and services.

LeVilla’s cozy atmosphere echoes its hearty meals with earthy tones, exposed rafters, and a striking stone fireplace that bares resemblance to the one inside Wayne Gretzky’s family minivan. The wine list is also a prominent attribute, since it was specifically designed to pair with chef Chuk’s menu and features highly rated wines from across the globe.