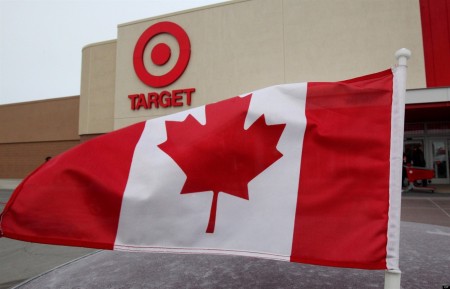 Target launched in Canada in March 2013 (less then 2 years ago) with lots of excitement, but quickly disappointed shoppers with higher then expected prices and often empty shelves because of distribution issues. The National retail chain lost almost $1 billion dollars in it’s first year in Canada and estimated they wouldn’t be able to turn a profit until 2021.

I remember having to line-up to get into the store on the first day they launched in Canada. I strolled around the store with my family and was underwhelmed by the product selection and prices. We didn’t buy anything that day and never visited the store again. I had a feeling it was just matter of time before this would happen. They did a lot of things wrong, but perhaps their biggest downfall was because they couldn’t live up to all the hype they built up when they announce they were coming to Canada.

I would expect major clear-out sales in the near future. The liquidation process is expected to take around 4-5 months until they doors close their doors for good. All Target Canada stores will remain open during that process.

2 thoughts on “Target Canada: Closing all 133 Stores in Canada”