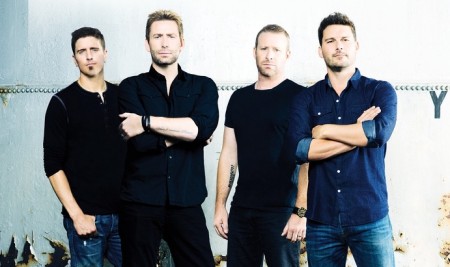 Reminder Update: I originally posted about this deal yesterday. Here’s a reminder that it’s still available to buy today. At the time of this post, they have already sold over 250+ vouchers so don’t miss out!

How G-Pass Works: Your G-Pass will be ready to print 48 hours after the deal ends. Print the G-Pass and use it to enter the venue directly; you won’t need to redeem at will call. Due to security restrictions, G-Passes cannot be redeemed through the Groupon mobile app. Discount reflects the merchant’s current ticket prices – price may differ on day of event. This is a limited 1-week only sale that will expire at midnight on Friday, November 21, 2014. Click here to buy now or for more information about the deal. Quantities are limited so don’t miss out! In a Nutshell Chart-topping rockers behind “How You Remind Me” deliver slick yet heavy hits in support of their latest album, No Fixed Address The Fine Print Expires Mar 12th, 2015. Limit 8 per person. Valid only for option purchased. Use for admission at Scotiabank Saddledome on 3/12/15. Refundable only on day of purchase. Must purchase together to sit together. Doors open 1 hour before showtime. Merchant reserves the right to substitute closer seat assignment. For disability accommodations, call box office immediately after purchase – availability is limited. Holder assumes all risk in connection with the event and releases Groupon, Live Nation, the venue and their affiliates from any related claims. Not redeemable on mobile app. Merchant is solely responsible to purchasers for the care and quality of the advertised goods and services. Nickelback http://www.ticketmaster.com/nickelback-no-fixed-address-tour-calgary-alberta-03-12-2015/event/11004D5DE38E976D?artistid=710632&majorcatid=10001&minorcatid=60 555 Saddledome Rise SE Calgary, Alberta T2G 2W1 Stone-cold proof of Nickelback’s popularity: over 50 million albums sold worldwide Noteworthy recognitions: 9 Grammy nominations, 12 JUNO Awards, 2 American Music Awards, 6 Billboard Music Awards, and a World Music Award Recipient for World’s Best-Selling Rock Artist Award that no other band except Nickelback won in the 2000s: Billboard’s “Rock Group of the Decade” Single that turned casual listeners into lifelong fans: “How You Remind Me,” which is certified by Billboard as “Top Rock Song of the Decade” and “Most Played Song of the Decade” by Nielsen SoundScan Other singles that became staples of playlists all over the globe: “Photograph,” “Someday,” and “Rockstar” Proof that Nickelback is just getting started: they’re about to release their eighth album, No Fixed Address New single that brims with the fury of protest songs from the classic-rock era: “Edge of Revolution” Click here to buy now or for more information about the deal. Don’t miss out!