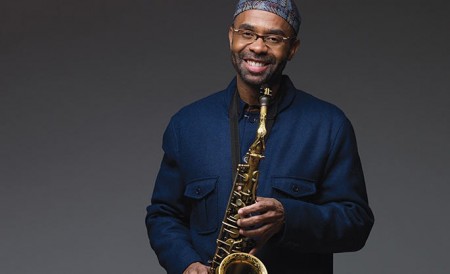 Today’s Groupon Calgary Daily Deal of the Day: Kenny Garrett Quintet: From $23.50 for Concert Ticket at Epcor Centre for the Performing Arts on April 16 (Up to 50% Off)

This is a limited 4-day only sale that will expire at midnight on Wednesday, April 9, 2014.

Kenny Garrett Quintet
What Kenny Garrett plays: the alto saxophone
Who Kenny Garrett has played with: the Duke Ellington Orchestra, Art Blakey & The Jazz Messengers, Miles Davis’ band, and the Five Peace Band, with whom he won a Grammy
Who else he has played with: the Kenny Garrett Quintet, of course
Age at which he started playing the sax: 8
What most other children learn at that age: how to “converse at an almost adult level”
Age at which he released his first solo album: 24
Essential albums: his breakthrough record Black Hope; Songbook, an album comprised entirely of his own original compositions; and his most recent effort, the Grammy-nominated Pushing the World Away
What AllMusic had to say: “Pushing the World Away is a wildly diverse offering for Garrett. What it doesn’t reveal in swing it does in intricacies, shadows, impressive arrangements, and striking musicianship.”

The Fine Print
Expires Apr 16th, 2014. Limit 8 per person. Valid only for option purchased. Redeem starting 4/16 for a ticket at Groupon Will Call table, outside of Epcor Center’s Jack Singer Concert Hall. Must show valid ID matching name on Groupon at EPCOR CENTRE for the Performing Arts. Refundable only on day of purchase. Must redeem together to sit together. Discount reflects EPCOR CENTRE for the Performing Arts’ current ticket prices-price may differ on day of the event. For accessible seating, call box office promptly upon receipt of voucher – availability is limited. Merchant is solely responsible to purchasers for the care and quality of the advertised goods and services.

In the heart of Calgary sits a full city-block’s worth of art. Epcor Centre for the Performing Arts, a six-level complex measuring nearly 10 acres, is one of the largest venues in the country. Even its interior is massive in scope—the building houses five theatres and one concert hall, home to the Carthy Organ, itself one of Canada’s biggest, pipe-iest pipe organs. But the space is remarkable for more than just its size. There’s a reason that over 600,000 individuals attend the nearly 2,000 events it hosts each year: with offerings encompassing everything from live music to sporting events, the Centre offers something for everyone.