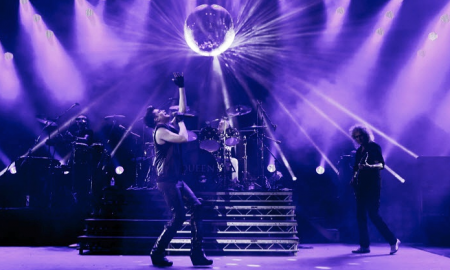 UPDATE: This deal has SOLD-OUT and is no longer available. The deal sold all 570 vouchers very quickly.

This deal is a hot seller. Groupon has already sold over 100+ vouchers at the time of this post.

This is a limited 1-week only sale that will expire at midnight on Thursday, March 20, 2014.

In a Nutshell
Roger Taylor and Brian May get vocal pyrotechnics from “American Idol”‘s Adam Lambert, who steps into Freddie Mercury’s glam-rock shoes

The Fine Print
Expires Jun 26th, 2014. Limit 8 per person. Use for admission at Scotiabank Saddledome on 6/26. Refundable only on day of purchase. Must purchase together to sit together. Doors open 1 hour before showtime. Merchant reserves the right to substitute closer seat assignment. For disability seating, call box office promptly upon receipt of voucher – availability is limited. Holder assumes all risk in connection with the event and releases Groupon, Live Nation, the venue and their affiliates from any related claims. Merchant is solely responsible to purchasers for the care and quality of the advertised goods and services. See the rules that apply to all deals.