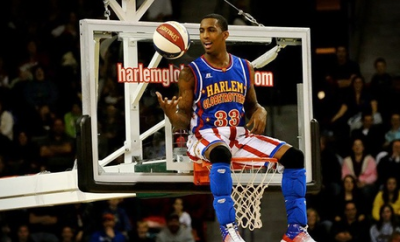 Reminder Update: I originally posted about this deal yesterday. Here’s a reminder that it’s still available to buy today. This deal is a hot seller! At the time of this post, they have already sold over 450+ vouchers so don’t miss out!

Today’s Groupon Calgary Daily Deal of the Day: Harlem Globetrotters – $33 for One G-Pass at the Scotiabank Saddledome on Thursday, March 6, at 7 p.m. (Up to 40% Off)

This is a limited 1-week only sale that will expire at midnight on Tuesday, December 24, 2013.

The Fine Print
Expires Mar 6th, 2014. Limit 8/person. Valid only for option purchased. Groupon not redeemable with mobile app. Use for admission at Scotiabank Saddledome on 3/6/14. Must show valid ID matching name on Groupon. Refundable only on day of purchase. Must purchase together to sit together. Discount reflects Harlem Globetrotters’ current ticket prices – price may differ on day of event. Merchant reserves the right to substitute closer seat assignment. For ADA accommodations, call box office promptly upon receipt of voucher – availability is limited. Merchant is solely responsible to purchasers for the care and quality of the advertised goods and services. See the rules that apply to all deals.