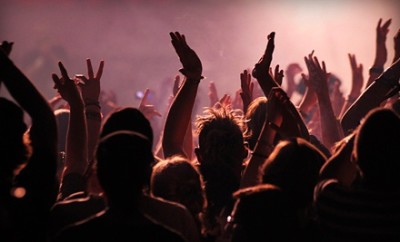 Rock fans traditionally hold up lighters at concerts during ballads so that heartbroken moths know where they can go and, for once, not be judged. Get drawn in with this GrouponLive deal.

This is a limited 3-day only sale that will expire at midnight on Thursday, July 18, 2013. Click here to buy now or for more information about the deal. Quantities are limited so don’t miss out!

The Fine Print
Expires Jul 20, 2013
Limit 8 per person. Valid only for option purchased. Redeem starting 7/20 for a ticket at venue box office. Must show valid ID matching name on Groupon at Thorncliffe Greenview Community Centre. Refundable only on day of purchase. Discount reflects Sivle Music Inc.’s current ticket prices-price may differ on day of the event. Doors open 1 hour before showtime. For ADA accommodations, call box office promptly upon receipt of voucher – availability is limited. Must be 18 or older.

The Evidence performing “Damn That River”