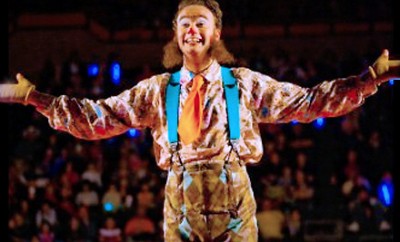 Today’s Groupon Calgary Daily Deal of the Day: Circus Gatti: $25 for a Circus Performance for Family of Five. Eight Shows Available (49% Off)

For $25, you get a family package that includes general admission for two adults and up to three children aged 12 and younger (up to a $49.50 value, including all fees). Choose from the following shows:

This is a limited 2-day only sale that will expire at midnight on Thursday, August 9, 2012. Click here to buy now or for more information about the deal. Quantities are limited so don’t miss out!

In a Nutshell
Elephants stomp across the arena, aerialists soar, and hilarious clowns dazzle family audiences in a three-ring circus spectacular

The Fine Print
Expiration varies
Limit 5 per person. Valid only for option purchased. Redeem starting 8/11 for a ticket at venue box office. Must show valid ID matching name on Groupon at Max Bell Centre. Must provide first and last name at checkout, which Groupon will provide to facilitate redemption of voucher. Refundable only on day of purchase. Discount reflects MJG Entertainment’s current ticket prices – price may differ on day of event. Children’s tickets valid only for children 12 and under

At Circus Gatti, exotic animals, hilarious showmen, and thrilling daredevils delight families in an outrageous three-ring spectacle. During the two-hour show, elephants Tika and Patti stomp to Bollywood choreography, and the Liberty Ponies knock their synchronized hooves under the deft direction of Miss Genevieve. The BMX Freaks soar through the air with the aid of their agile bikes and their helium-infused bones, and Miss Beehaven delivers further aerial thrills while fluttering beside her hive in an aerial ballet. Hirsute humourist Laughing Leo elicits chuckles with his comedy routine, and Miss Natalia induces awe with an aerial contortion act rarely seen outside Russia.