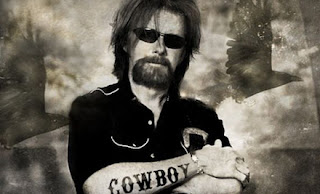 This is a limited 3-day only sale that will expire at midnight on Thursday, May 24, 2012. Click here to buy now or for more information about the deal. Quantities are limited so don’t miss out!

In a Nutshell
Half of chart-topping country duo Brooks & Dunn and acclaimed “Singer in a Cowboy Band” unleashes rowdy honky-tonk from his solo debut.

The Fine Print
Expires Jun 27, 2012
Limit 4 per person. Redeem starting 5/28 for a ticket at Epcor Centre’s Jack Singer Concert Hall box office. Must show valid ID matching name on Groupon at venue. Must provide first and last name upon purchase, which will be provided to venue. Live Nation is the issuer of tickets. Refundable only on day of purchase. Must purchase together to sit together. Discount reflects Live Nation’s current ticket prices-price may differ on day of the event.

As half of “Boot Scootin’ Boogie” duo Brooks & Dunn, Ronnie Dunn has played everywhere from the arena to the rodeo, beer joints to casinos. His Texas twang and electric guitar chronicle 20 years of wide-ranging exploits on his self-titled debut solo album. After he and Kix Brooks played their last show together in 2010, Dunn set to work as the new album’s sole producer and main songwriter. “This time around, I baked it,” he said. “I baked it and cooked it, and cooked it again.” His signature rowdy honky-tonk kicks through in the single “Let the Cowboy Rock,” and the poignant ballad of forgiveness, “Bleed Red,” urges listeners to “turn the anger into water / let it slip through our hands.”

Calgary country phenom Lindsay Ell, only 22 years old, warms up the crowd and makes sure there are no boot-snagging holes in the stage. Her charismatic concerts and strict studio work ethic have propelled her into spotlights at JunoFest and SXSW, where she’s unleashed her shimmering guitar chops and Keith Urban-inspired songcraft.

The evening of lovin’ and leavin’ unfolds in the acoustical gem of the Jack Singer Concert Hall. A million-dollar upgrade to the sound system in 2004 equipped the hall with a 90-ton sprucewood acoustical canopy to precisely tune performances and send pure sound soaring to every seat.