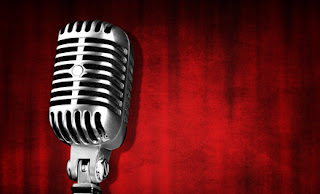 This is a limited 4-day only sale that will expire at midnight on Monday, April 30, 2012. Click here to buy now or for more information about the deal. Quantities are limited so don’t miss out!

The Fine Print
Expires Sep 3, 2012
Limit 8/person. Reservation required. Must show valid ID matching name on Groupon at Yuk Yuk’s. Must provide first and last name at checkout, which will be provided to venue. Refundable only on day of purchase. Must redeem together to sit together. Discount reflects Yuk Yuk’s current ticket prices-price may differ on day of the event. 19+; must be accompanied by guardian if 16-18. Valid only 5/1/12-9/3/12. Not valid for special shows.

Since their Toronto location opened in 1976, Yuk Yuk’s Comedy Club has been a collective launching pad for such comedy heavyweights as Jim Carrey, Rick Moranis, and Russell Peters. Yuk Yuk’s Calgary stage makes way for a stampede of funny people spearheaded by stand-up veterans and up-and-comers including frequent “Punk’d” prankster Rob Pue, who unleashes raucous sound effects on May 3–5. On May 17–19, pop-culture addict Tony Binns pays homage to Star Wars, the Muppets, or both at the same time if the audience is lucky. Keeping their crowds roaring with a steady stream of continentally touring comics, the club was tapped last year as the area’s Best Place for Comedy by Fast Forward Weekly.