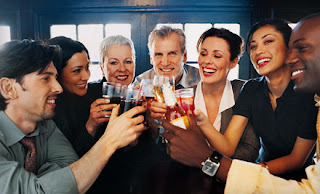 Today’s Groupon Calgary Daily Deal of the Day: BowValley Iron Chef & Beer Fest – $15 for an Iron Chef Competition and Beer Festival Outing for One or $25 for Two (73% Off)

This is a limited 4-day only sale that will expire at midnight on Friday, April 6, 2012. Click here to buy now or for more information about the deal. Quantities are limited so don’t miss out!

The Fine Print
Expires Apr 14, 2012
Limit 5 per person. Valid only for option purchased. Must use promotional value in 1 visit. Must be 19 or older. Tickets must be used by the same person or the same 2 people.

Choose from the following options:

This Groupon does not cover the cost of food tickets ($15/person) or beer tickets ($0.25 each, with most beers costing 2–5 tickets).

At the 2012 BowValley Iron Chef & Beer Fest, six carefully selected Alberta chefs will each vie for taste bud attention by roasting a whole pig in their own unique style. Guests redeem food tickets (not included with today’s Groupon) for samples of all six masterpieces, then cast a ballot for the winner. They can also opt to pair their pork with 2-ounce tumblers of more than 100 featured beers (not included with today’s Groupon) from brewers including Alley Kat, Steam Whistle, and The Grizzly Paw. As officiants tally up votes, including celebrity judge John Gilchrist, testers have ample time to reflect on their brews’ subtle flavour notes and the possibility of diverting a stash into pocket-sized kegs.

Though the cook-off itself takes place among the pines and Rocky Mountains of Canmore Golf & Curling Club, guests with after-party tickets can reconvene at the Georgetown Pub after 10 p.m. for live music and one round of free beers. While enjoying the culinary jubilee, guests may spot curious moose, deer, and caribou dissatisfied with that night’s woodland karaoke party.