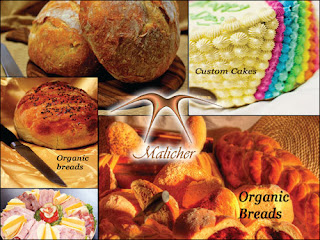 This is a limited 3-day only sale that will expire at midnight on Monday, February 6, 2012. Click here to buy now or for more information about the deal. Quantities are limited so don’t miss out!

Featuring:
• Traditional and classic European baked goods and deli products
• Find items such as Russian bread, challah bread, brioche, cakes, pies and desserts
• Casual meal ideas like sandwiches, pizzas and salads
• All products are hand made with no preservatives or artifical ingredients

“Rub-a-dub-dub, three men in a tub, and who do you think was there? The butcher, the baker and the candlestick-maker,’ twas enough to make a man stare.” Though we have no idea what this old rhyme means, we do know that butchers and bakers feed the hungry masses with their delicious fresh fare. As for that poor candle stick maker… well he’s gone into the electrical field. The point being, of course, that no matter how hard giant stores try, they’ll never replicate the taste of fresh artisan baked goods because real hand-made quality, quite simply, can’t be beat.

Taste the difference that tradition makes with today’s SwarmJam: $10 for $20 worth of classic European baked goods and deli products from Malicher European Deli & Bakery ($20 value).

Offering traditional and classic European baked goods and deli products with hand-made authentic flavour, Malicher European Deli & Bakery is Calgary’s number one choice for fresh fare done right. With your voucher you’ll get $20 to spend on their handmade baked bread made with organic unbleached flour, no preservatives or artificial agents. Whether you like delicious pastries and cakes , or you want some savoury meats, pizzas or select cuts, Malicher will always treat you to European tradition’s best.