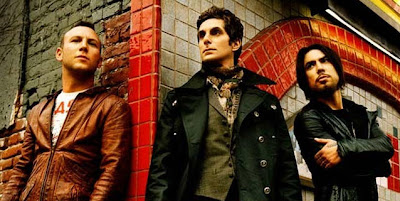 UPDATE: TeamBuy originally featured this deal a couple weeks ago. TeamBuy sold all 950 of their tickets. TeamBuy just got another 200 tickets to the event. Here’s your 2nd chance to keep some cheap tickets if you missed out last time.

This is a limited 1-day only sale that will expire tonight at midnight (Tuesday, August 16, 2011). Click here to buy now or for more information about the deal. Quantities are limited so don’t miss out!

BUY DETAILS
Includes one General Admission to X-FEST (Must be 18+ for Beer Garden Access).
Exchange voucher for tickets at Will Call on August 20th at Fort Calgary. Proof of ID required when picking up tickets.
Max 8 per person. Unlimited as gifts. Tax not included.
Universal Details
Expires: August 21, 2011

Inspired by the likes of Glastonbury, Coachella, and Lollapalooza, X-FEST is slated to be Calgary’s biggest New Rock Alternative Festival ever. Taking place at Fort Calgary on 40 acres of beautiful parkland, get ready to rock out for a full-day with your favourite musical artists on August 20th. Headliners of X-FEST include punk-pop favourites Weezer, and Jane’s Addiction which is generating a ton of buzz due to their new album, The Great Escape Artist. Other acts include Social Distortion, House of Pain, AWOLNation, The Rural Alberta Advantage, and Michael Bernard Fitzgerald. With a variety of food vendors and a beer garden on site (which you must be 18 or older to get into) as well as plenty of washrooms set up, all you’ll need to bring is your eager ears for the awesome new rock alternative bands. What better way to spend one of the last weekends of the summer than with your friends, sitting on the grass, singing along to your favourite artists?