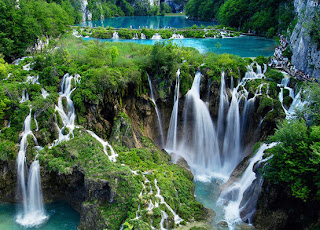 I just saw this incredible flight deal posted over at our friends Chris Myden’s site YYC Deals. According to Chris, this is the cheapest flight to Croatia that he has ever seen!

Last August, you might remember that I mentioned Condor Airlines was coming back to Calgary and how I hoped that would put some downward pressure on Europe prices.

Well, it’s definitely helped. Condor seems to have just dropped some prices in a major way. One of the most interesting flights to me is this one to Zagreb, Croatia at the end of August.

2. In the top right, change it to English (Usa/Canada) so that we can get prices in Canadian dollars.

3. Now let’s search for a flight in the search box.

From: Calgary to Zagreb
Dates: August 29 to September 9

This is what you’ll see… (screenshot)

To give you an idea of how ridiculous a price that is, the next cheapest flight using any date combination anywhere near that is on Air Canada for about $1900 roundtrip after tax. This one is a good 60% cheaper.

You can click on ‘Previous flights’ to scroll around and see what it costs on different dates.

Another thing you might want to try at this point is changing the airport from Zagreb to other European cities. They’ve fallen as well.

For example, Frankfurt is down to about $648 roundtrip after tax. Salzburg, Austria is about $800. Venice is $900ish.

But this one to Zagreb really caught my eye, because deals to Croatia are virtually non-existent.

Oh and that picture above? That’s Plitvice Lakes park in Croatia, a pretty amazing place, an absolute must-do. If you’re ever in Croatia, be sure to go!

Another interesting one is Oslo, Norway which is down to $836. Prague, Czech Republic is similarly priced. So is Milan, Italy. And Paris, France.

Play around with the cities and dates, and comment on here if you find anything great.