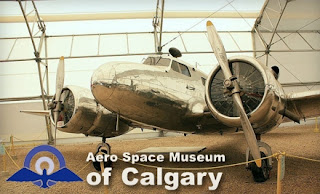 Today’s Groupon Deal of the Day: Admission to the Aero Space Museum of Calgary Plus Poster. Choose Between Two Ticketing Options.

This is a limited 1-day only sale that will expire tonight at midnight (Wednesday, January 12, 2011). Click here to buy now or for more information about the deal. Quantities are limited so don’t miss out!

The Fine Print
Expires Jul 13, 2011
Limit 1 per family, may buy 2 additional family passes as gifts. Limit 2 general admission passes per person. Valid only for option purchased. Children must be 17 and under. No cash back. Not valid with other offers. Tax included.

The Aero Space Museum of Calgary presents the history of modern flight with an arresting display of 20th Century aircraft. Peruse exhibits and the soaring collection of bombers, fighter planes, homebuilt aircraft, and helicopters built for transport, war, and the folly of Calgary’s eccentric evil geniuses. The prized Avro Lancaster, a Royal Air Force bomber from World War II, is a can’t-miss with its complex history as a nighttime destroyer of German interests. Reminisce on your eye-opening visit whenever you look fondly upon the included aircraft poster hanging in your fuselage-shaped drawing room.

Reviews
The Calgary Herald featured the Aero Space Museum of Calgary in a recent piece on the museum’s restoration of a World War II-era Avro Lancaster.