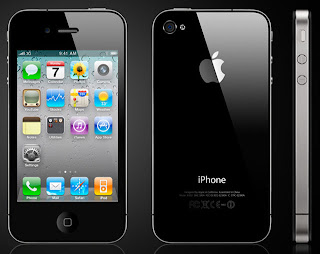 I’m sure most of you have heard or seen pictures of the insane lineups the day Apple launched the new iPhone 4. Here’s a picture of the Apple store in Market Mall the morning it launched a couple days ago. It was six rows deep and snaked around the mall. I had a buddy wait in line for 8 hours before he finally got one. 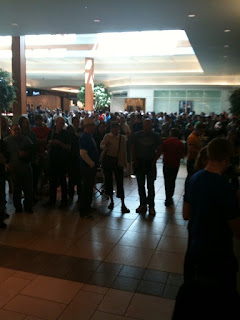 I wanted the new iPhone, but I’m not the type of person willing to camp out and line-up for one. Out of curiosity, I tried calling a bunch of Rogers Wireless stores around my house today to test my luck, but they were all sold out. To my surprise however, when I called the Apple store in Market Mall, I found out they had a ton of 16GB versions in stock and available. I thought these things were sold out everywhere and that it would take weeks to eventually get one. There’s no lineup or anything. You can pretty much just walk into the store and pick one up.

UPDATE – I just had a buddy buy an iPhone at the Apple Store in Market Mall and he said there was a lineup of about 30 people deep (at approx. 3PM, August 5, 2010). There’s two separate lineups (a lineup for buying the phone unlocked and another line for carriers). He said he waited in line for a couple hours, but eventually got a phone. He mentioned that Apple still had a lot of them in stock, but it just took a long time because it takes Apple approx. 20-30 mins per person to activate.

So, if you want one, you will likely have to line up and wait for a bit to get one, but there’s plenty in stock at the Apple store in Market Mall.